St Gregory's is a church with a long history

St Gregory's is a church that had a humble beginning

Up until around about 1150, Marnhull had no church of its own and was part of the parish of Sturminster Newton. It was also linked with Glastonbury Abbey, which farmed land in Marnhull.

Around about 1150, when Salisbury Cathedral was still at the Old Sarum site and Magna Carta was still 60-odd years into the future, Marnhull became a separate parish. It seems that a small rectangular stone church was built with four arches and an aisle on the north side of the nave. 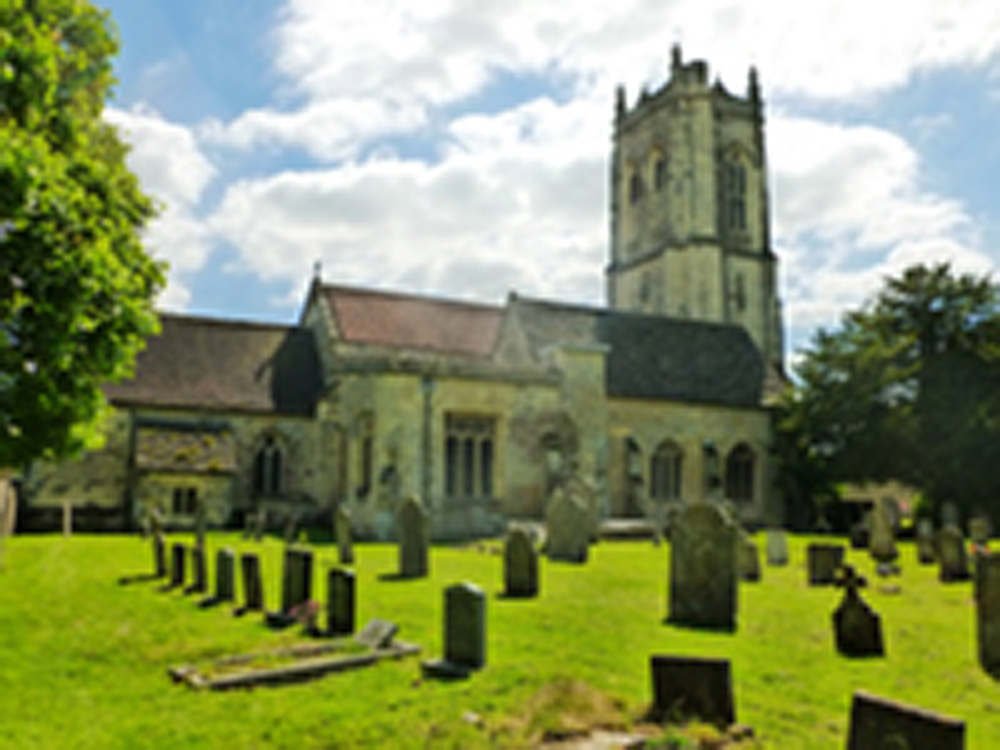 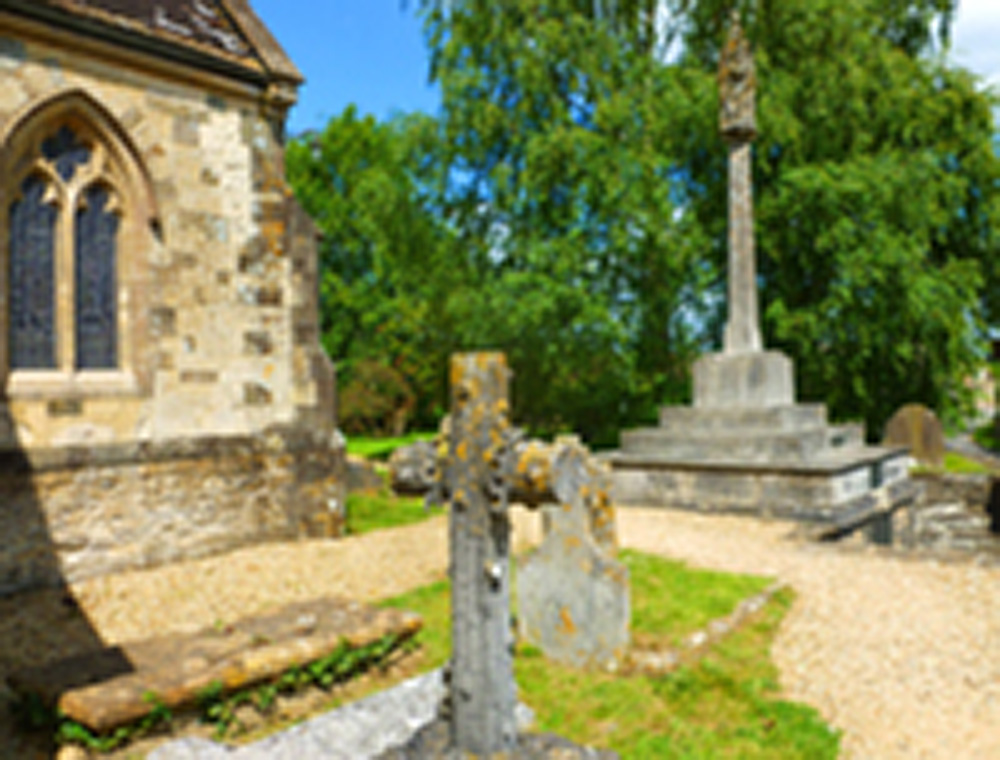 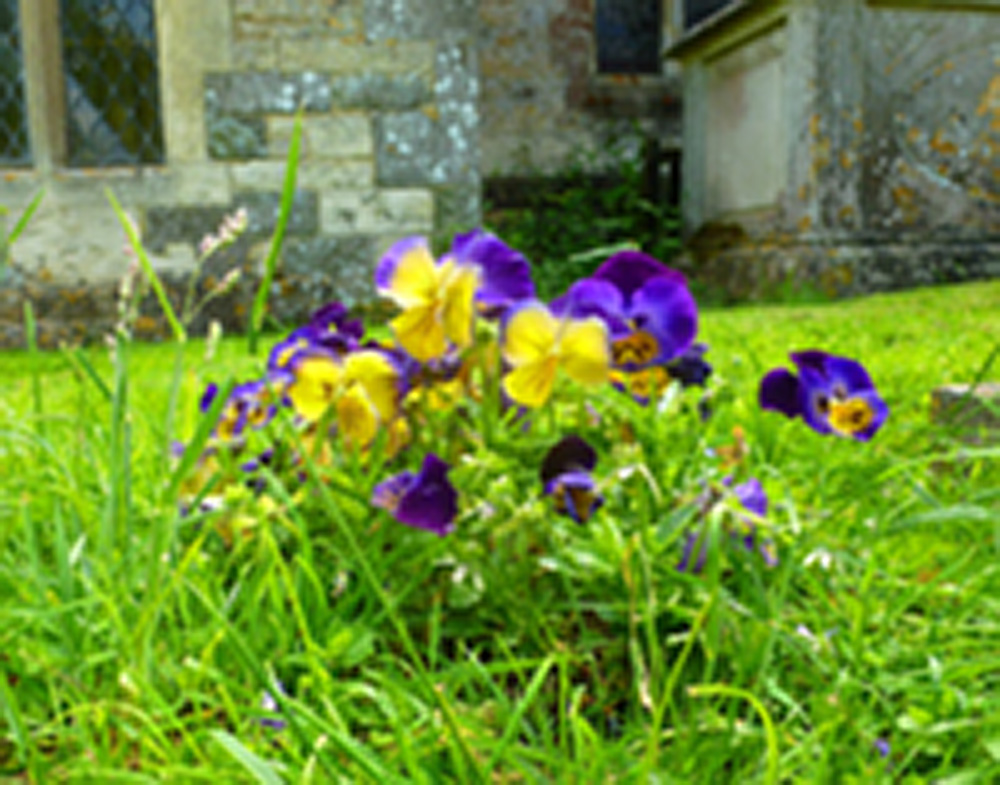 St Gregory’s Church is a grade 1 listed building situated on rising ground near the central point of the village of Marnhull.

It is the oldest and largest building in the village and is consequently unique as a record of the history of the village.

It is the place of worship of a reasonably sized congregation and is also of spiritual significance to a wider group of people within the community who attend the major festivals.

There is no evidence of any pre-Norman building on this site.Marnhull became a separate parish (from Sturminster Newton) in about 1150. A stone building was constructed later that century. Probably consisting of a nave with four bays and a north aisle, there remains one pillar of this church with a carved capital including three delightfully-worked heads, possibly ‘self portraits’ of the masons- and possibly local masons- engaged in the construction. The first Rector Alan de Waldish, was appointed in 1250. If you look to the left of the door as you come inside the church, you can see a complete list of rectors up to 2011.

During the 14th century the nave was extended westwards (present-day bays on north side of nave), and a north transept added (now incorporated into a north chapel called the Hussey Chapel after one of the families of Marnhull).

In the 15th century a south transept was added (now lost apart from the arch) and the west tower begun. Despite later alterations (following the collapse of part of the south wall in the 18th century), the tower remains an important feature of the building and a significant landmark.

There is a tomb effigy in alabaster of a knight and his two wives from about 1470, now placed on a late Victorian reconstructed stone box. According to some recent visitors who specialise in medieval tombs it is only one of six such tombs in the country made of Derbyshire alabaster, of this age and of this quality.

On the north side of the chancel you can still see – and look through – the Mediaeval ‘squint’ or ‘hagioscope’ which allowed the general and more lowly part of the congregation in the north transept to witness the Mass. In those days, Mass was for the benefit of the clergy and the high born. Everyone else could only stand and watch. It wasn’t until 1545 that church services were taken in English rather than Latin and became more inclusive.

If you go into the vestry and look inside the robing cupboard and the toilet next to it, you can see a stone ledge running along the wall. This is the remains of the only seating provided for the general population and was meant for the elderly and infirm. This was a standard feature of churches in the middle ages, hence the saying: “the weakest go to the wall”. It also

The 16th century saw further alterations. In particular the north aisle wall was rebuilt further to the north, which seems to have demolished what was probably a chantry-priest’s lodging (door and window shapes exist in the north wall). The enlarged aisle has a wagon roof of the same period while the nave has an important coffered roof, with carved panels, of about 1520 (the east end is a 19th century section replacing what was probably a plaster ceiling over a late Medieval rood screen, now entirely disappeared apart from a spiral stairway to the north of the chancel arch). Either side of the tower arch at the west end of the nave are remains of wall paintings, probably from the 16th century.

The 17th and 18th centuries are marked primarily by internal fittings of wood and by successive murals over the chancel arch depicting the Ten Commandments, Lord’s Prayer and Creed.

There was a major re-building of the church during the 19th century. In particular the south wall of the nave was pushed outwards to create a new south aisle and porch (1852) while the chancel was rebuilt in 1881, eliminating any earlier remains from the east end of the building. The east wall was decorated with painted texts, photographs of which are pictured in ‘The Marn’ll Book’, but which were later overpainted in the early 20th century. Later (1897) the east end of the south aisle was remodelled as an organ chamber (which completed the loss of the old south transept). Internally a pulpit, pews and west tower gallery were added and the font reconstructed by the south porch using a 15th century plinth and rough stone bowl. A number of stained glass windows were added (there remains one small piece of medieval glass in a north aisle window). The East Window is a fine work by Burne-Jones, or definitely of the Burne-Jones school.

Changes in the 20th century were primarily internal (new choir stalls and clergy chairs, lighting and heating, providing storage) although a good example of William Morris factory stained glass was put into the east window of the chancel. The provision of storage for choir robes, and a toilet and washbasin by enclosing a small area in the Tower porch with wood panelling was a functional necessity, but in doing so obscured the remaining ancient stone wall bench. The kitchen area in the North West corner of the north aisle provided a much needed facility for hospitality after services and for major festivals and celebrations.

St Gregory’s Church is an important local landmark, the tower of which is visible for some miles from all directions. As it has grown through the centuries, it reflects a mixture of architectural styles which adds to its charm and interest and the different types of stone used both in the building itself and the church floor makes for a fascinating ‘jigsaw’.

The Carent Tomb, the Hatchments, the many ledger stones commemorating the various important families who have lived in the village throughout the ages add to the significance of the Church as a record of the community, and the remnants of window frames and the staircase, once leading to the rood loft, but now leading nowhere, are a constant reminder of the passage of time and changes in use.

The site of the Church on a major crossroads is significant, in that it is surrounded by the other oldest buildings in the village.

Immediately to the west, and bordered by the garden, part of which was absorbed into the churchyard extension in the 20th century, is Seniors Farm, once the ‘Abbott of Glastonbury’s Grange in Marnhull’ which still contains many period features.

Next to that is St Gregory’s Primary school, the site of which was given by the Marquis of Westminster, and the original building paid for by the Rector, the Rev. Bruce Kennard in 1873. The school continues to use the church on a weekly basis for worship and holds its major celebrations there.

To the south is Conyer’s Place, (the Old Rectory and named after a former Rector), a large mainly Elizabethan house with mediaeval cellars, and across the road to the south-east is Church Farm and Church cottages, largely Georgian with Victorian additions.

To the east of the church on the opposite side of the crossroads is The Crown Inn, originally 17th century but with later additions, and, it is said, connected to the Church via a secret tunnel!

The Church also boasts a strong connection with Thomas Hardy, who based his novel ‘Tess of the D’Urbervilles’ in Marnhull (Marlott).

The churchyard is where Tess’s baby, Sorrow, was buried, and Tess’s attendance at service is described in some detail including the stone bench where she sat. Many Hardy enthusiasts, both national and international, visit Marnhull looking for the grave and Tess’s Cottage, before repairing to The Crown (Hardy’s ‘Pure Drop Inn’ or The Blackmore Vale, (Rolliver’s Drinking House) for refreshment. 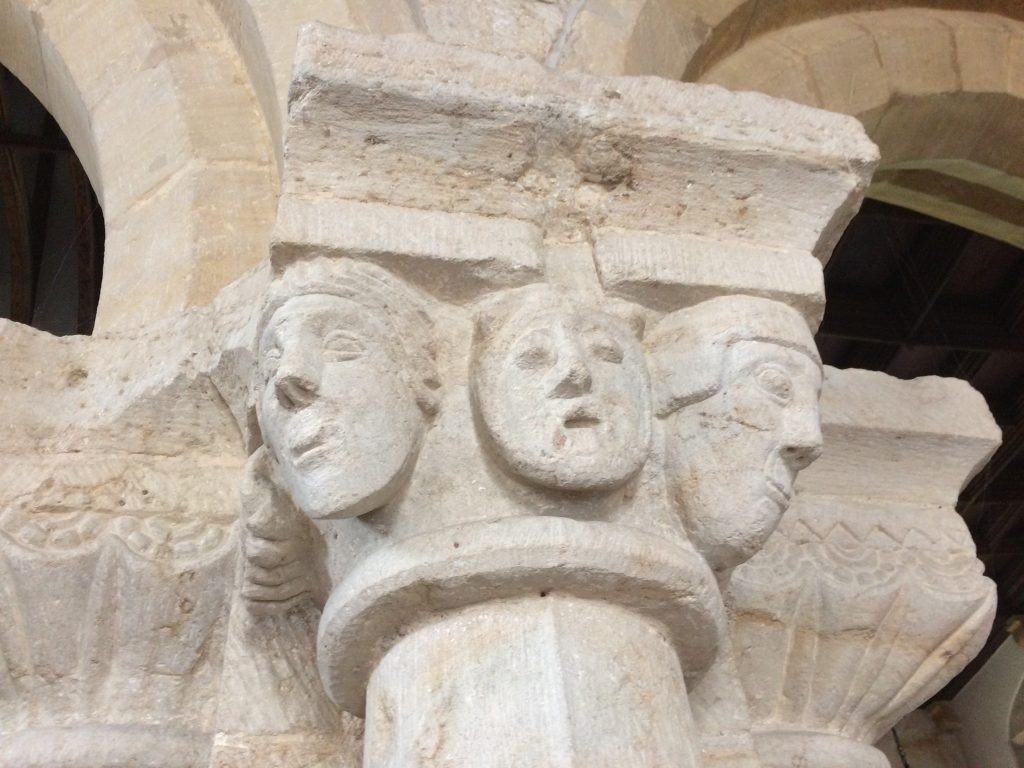 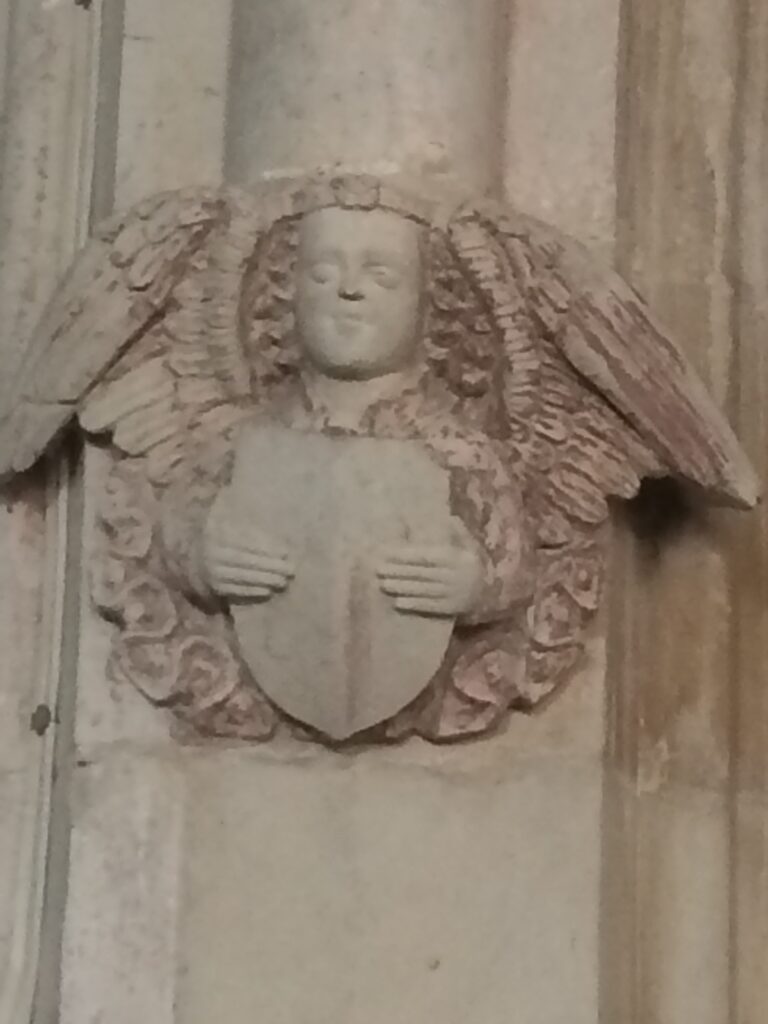 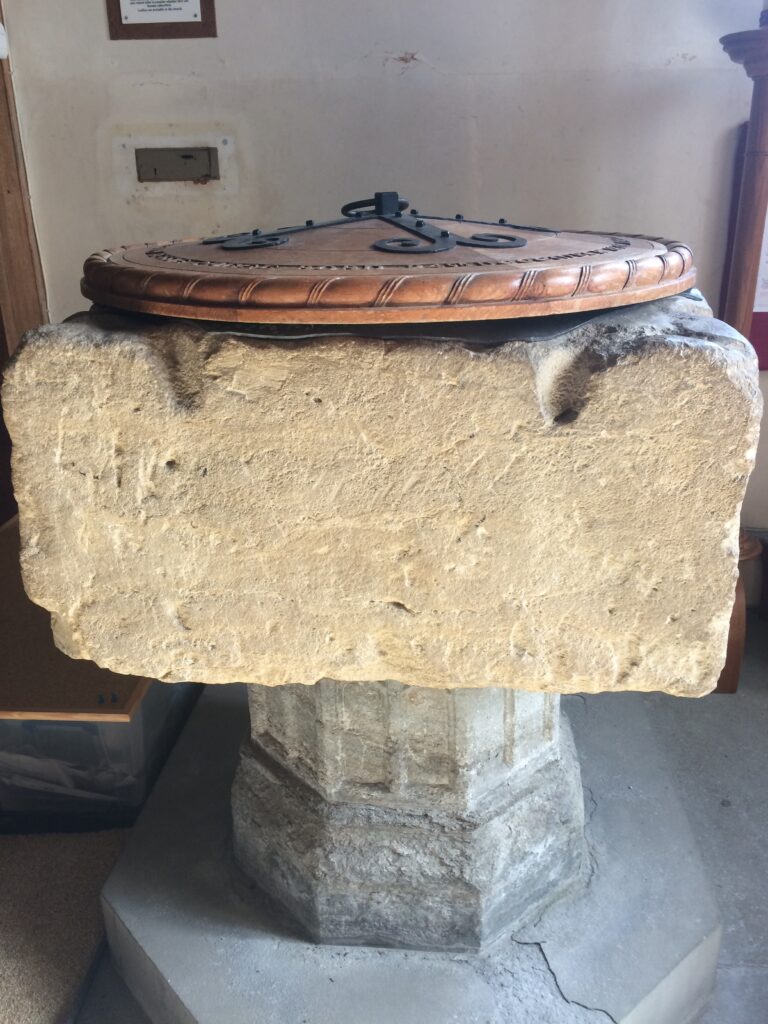 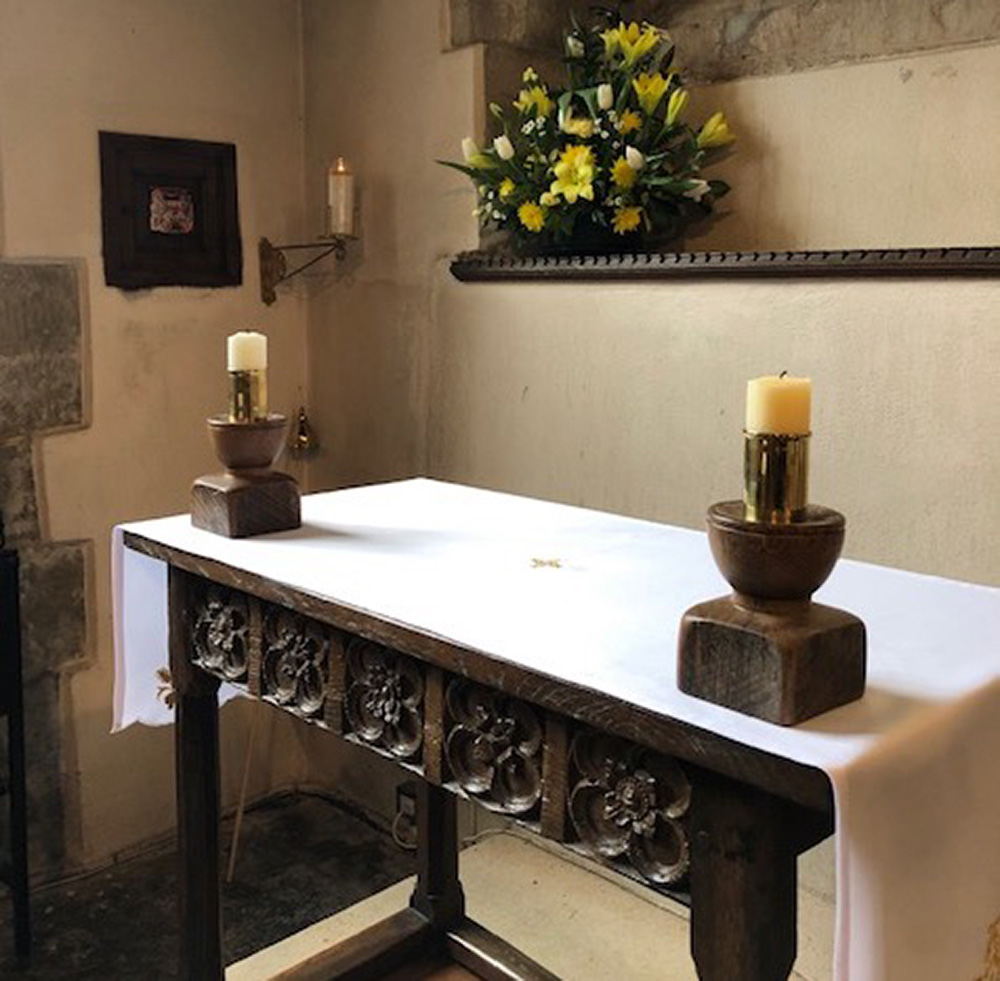 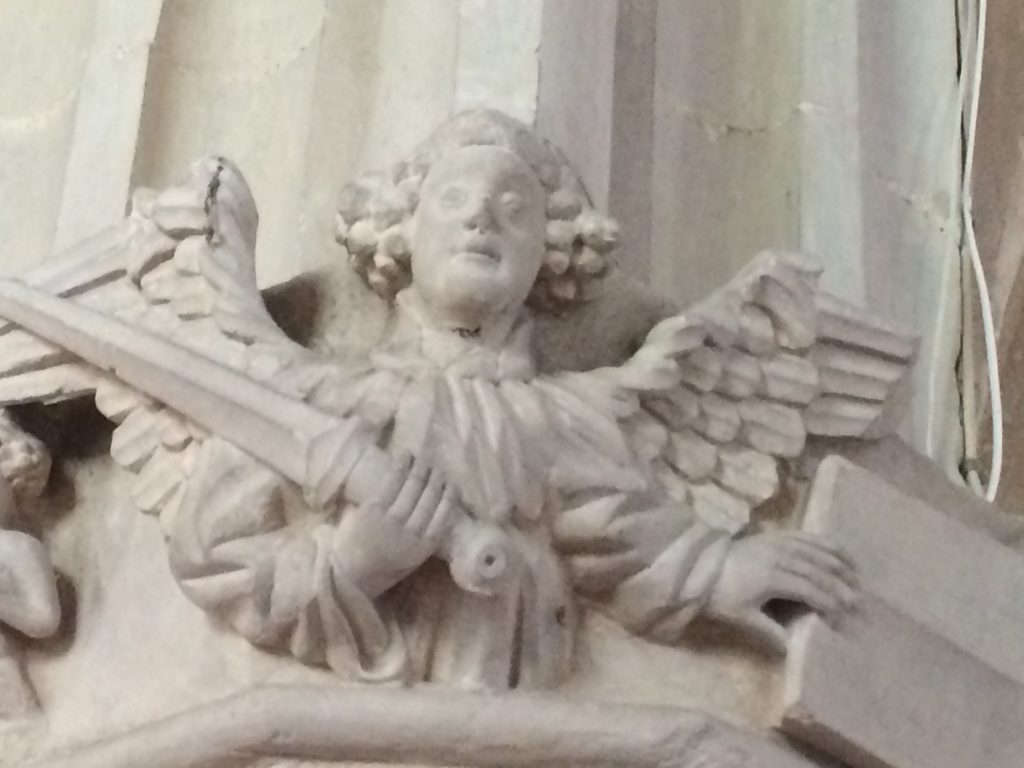 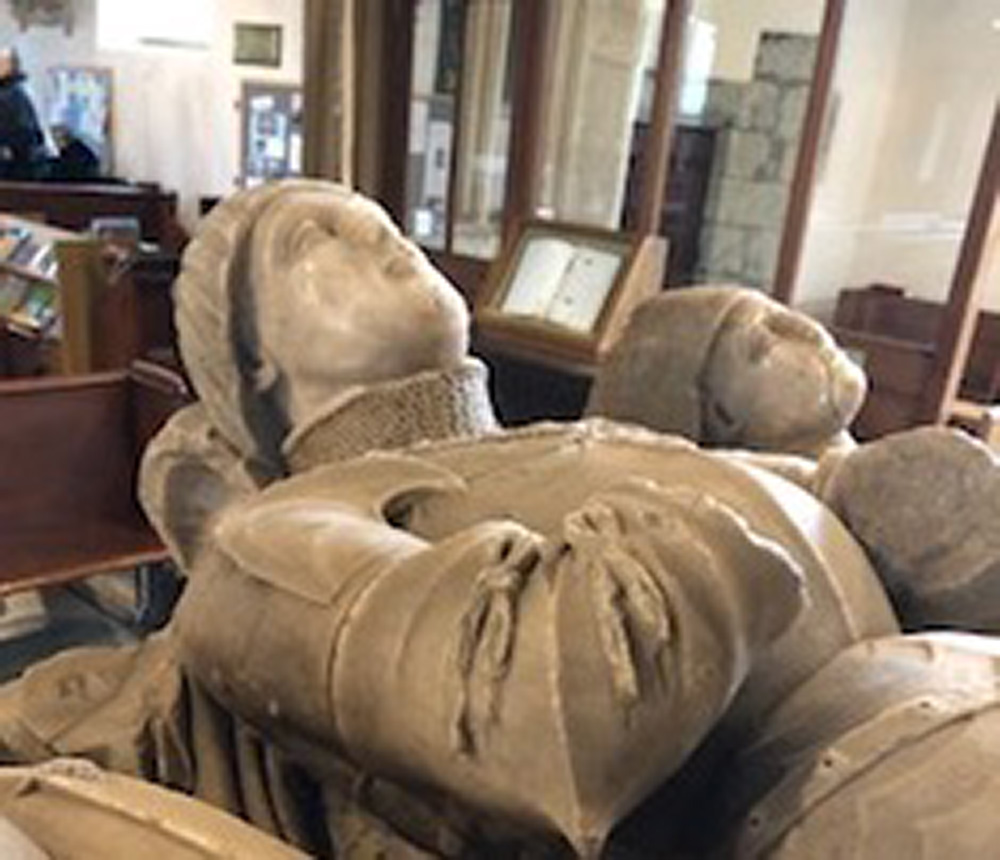 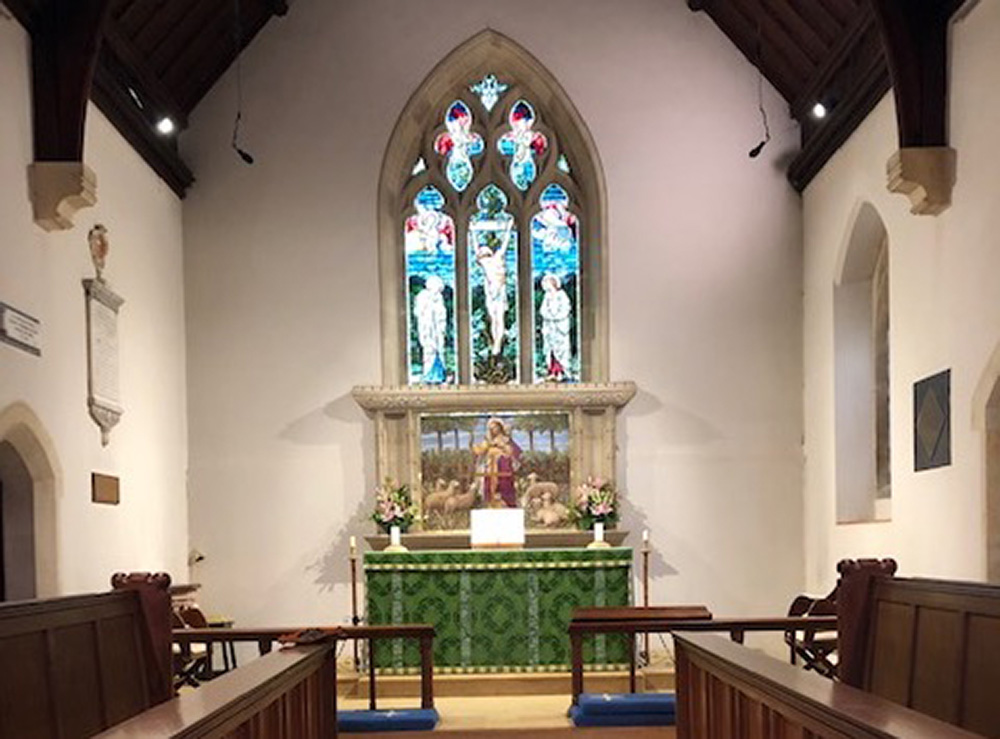